A downloadable game for Windows

Carry stones, stack up to an altar. Be careful not to drop stones when carrying it...

This game is a Japanese style horror. You were brought in the total dark forest. With the small light of the lighter, explore the forest and complete stacking stones. That mission needs to finish in silence.

About The Full Version

My goal is to brush up this version and sell it on itch.io and Steam. I'm thinking of adding a gun and more enemies, but I would like to apply your opinions in my game flexibly.

I'm looking forward to hear feedback! Of course, playing video or stream this game are welcome!

This was so tense and so much fun! Really enjoyed what the game brought! The creatures and setting was really nice and creepy! The limited lighting and movement was well done! Great job!

Thank you! I try to write more story.

You're welcome! I look forward to what you create!

hi, big thx for the nice game. greetings from rosti 🙏😘

This game is amazing! Great gameplay with difficulty and good AI.

Awesome project! Hope you keep developing this kind of games!

love the spooky atmosphere in this one

Thank you! I think it is too scare but not so much for everyone.

Saw Adrionic's vid on this and had to try it for myself, great game but you should add look/mouse sensitivity to the game options.

Reply
Montoyita 7u710 days ago
Great game and great work, I love the mechanics.
Reply
shimage9 days ago

Reply
Adrionic11 days ago(+2)
This was a very unique and tense game with an interesting gameplay loop and pretty fair physics. There was a little bit of wackiness in terms of how the stones balanced in hand, but nothing game breaking or inconvenient. I enjoyed my time playing this! Great work!
Reply
shimage11 days ago(+1)

Thank you! I had fun to watch it! I'm going to remake the map smaller and more density. About dropped a stone by doing nothing, you were looking too down, but I'll fix it.

I see! I thought that might have been the case, but wasn't sure. I still REALLY enjoyed the game overall, very unique and cool concept!

Thank you! That approach is also correct, but I feel that the game needed to be designed you must to have more stones. 日本語話せますよ。You are great even can read kanji!

I was so nervous as I carried those stones. Excellent nerve wracking game. Great work!

The game has simple and very fun mechanics in addition to the dark and terrifying environment that is even more pleasant. Good job! :D

Alright, I'm back from playing the True Gamemode. Makes it a lot harder. Mind if I suggest some suggestions?

So, I saw your comment about adding a gun. I don't think you should do this, since this game is about being stealthy and all that.

The first suggestion I have is that you should make the lamp posts eventually go out. Maybe only in the True game, though.

Secondly, maybe have some more threats to you? I don't personally know what, though.

Thirdly, although this would likely be impossible, but I would love to see a multiplayer for this. Although, I completely understand you not wanting to try to add this.

Also, is this based on anything in particular? Either way,  you did a phenomenal job on this. Keep up the good work!

Thank you for playing it!

My idea for a gun is this. The player can get a old revolver with about 6 shots. If you fire even one shot, of course enemies around you will gather. If you hit accurately the target, you can wipe out the enemies in the area.

It's still in the conceptual stage, so I'll consider various additional elements and decide whether to add guns or not.

The lamp posts idea is very interesting! It could be applied. And I want to make more fear by new enemy or something. About a multiplayer, you are right.

This game is based on folklore called "Sai no Kawara", since it fit what I wanted to do.

No problem, Shi, good luck with your game!

Interesting idea for a game here. I really liked it. Though I would work on the rock collision box with the environment. Besides that, nice job.

Here's my channel for other games I have played. https://www.youtube.com/c/Levont

Thanks! It was a good score. I'm going to remove hit collision of trees and structures.

Reply
Neco The Sergal12 days ago

Gave it a Lets Play

Arigatou! Fell scene was very unlucky, cause it's a small chance.

Very neat concept you have here. I enjoyed it a lot more than I thought I would. Thanks for sharing it with us!

Neat game!  And I'd agree with most of the suggestions in this video. Build on what you already have~

Your video includes perfect stuff that I want to let playing for! Thank you! About a gun, I don't add a AK47 or M4 but a revolver or something. Overall, I may change my mind.

Hi Shimage, my name is Bruno, I do gameplay of indies games on my YouTube channel, I want to congratulate you on the project, which is very good, the game is very good, and the project has a lot of potential.

Hi Bruno. Thank you for uploading the video! I'm happy if you like it.

Also, I do like how the main challenge of the game could be easily avoided if the main character just used two hands when carrying the stones.

If you carry a stone in darkness, something might happen...

Very fun game! Although I do feel like it was a bit too easy. Good job with the game!

Thanks! Please try The True Game!

Thanks! I consider italian dub in.

It's a fun game. When the stone falls in my hand, a terrible monster will appear

But it's a little hard!

I tried to make The True Game challenging difficult.

Definitely one of the most interesting games I have played...

Thank you! I'm going to accept the harsh words and improve the game.

Thank you for playing. It was very close!!

Very nice game. I liked how having too many stones in your hand can cause them the fall.

Thanks! I knew this game is playable even if skipping tutorial.

An interesting Japanese horror game. It would be nice if there were more maps and a plot, to give more body to the game, in addition to other features mentioned by you. Congratulations on your game, it was very good.

Thanks! i'll do my best.

The game did remind me of some works done by "Chillas Art" and as for that comparison, I consider this to be great with visuals and performance, but it did lack the attention to some details and overall was not as satisfying as it might have been. Although, the game is great.

Yes, I'm affected by that. I want to improve more quality, and publish it!

Really scary game. The total silence give me chills. The stone stacked on my hand has good physics, too. Good job!

It was so unlucky that the enemy on the bridge :) Maybe you could pass it by walking. Thanks for the video!

Reply
DragonExplosion14 days ago(+1)
Hi there, I am DragonExplosion and I am a Youtuber. If you like my videos, please leave a like and subscribe at my channel.

This was a really cool and horrifying horror game experience. The idea of just stacking stones at altars to escape from the deadly forest is simple yet very difficult at the same time. The fear of dropping the stones is so real! I was stressed throughout the game, worried that I would drop the stones (so I kept on looking at the stones) and worried that I walk too close to the monsters at the same time. The creator of the game involved many factors to make this game something incredibly horrifying where dark forest, fear of dropping stones, fear of lighter running out of lighter fuel, fear of being chased by the monster and losing their way while walking in the forest made the game quite successful and horrifying.

I was playing the game with English subtitles up and there were some words and sentences that were incorrect so the creators of the game can definitely work on that. Moreover, the storyline can definitely be more developed with a nice introduction of how the main character got stuck in this dark forest and a proper ending of what happens when the main character gets out.

Furthermore, when I was playing the game, I played it twice in total (where I failed the first time and achieved success the second time). During my first playthrough which I did not show in my video, I died to the monster and I spawned in a different location. I made noise again and got killed at my spawnpoint. I unfortunately, respawned in the same location and got wrecked by the same monster who killed me the second time, causing me to lose another life even though I literally just died there.

I have no clue if it is a bug or not to respawn in the same location so it would be cool if the creators can check that out.

Thank you for reading my comment and I wish you good luck in your future endeavours.

Thanks for comment! That story may be too abstract. I'll try to improve my English too. About teleportation very close to the enemy, it seems that the enemy just be in the teleported point. But it should be fixed. Thanks for the other useful informations! I will use it. 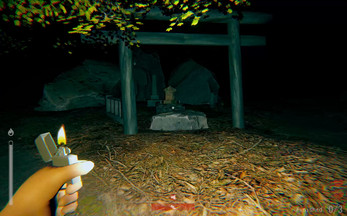 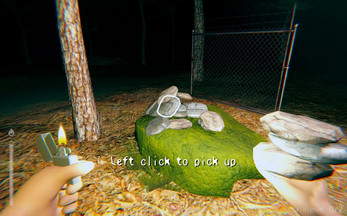 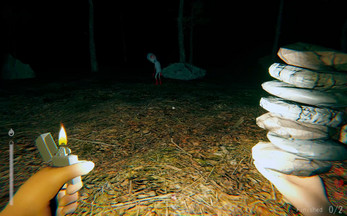 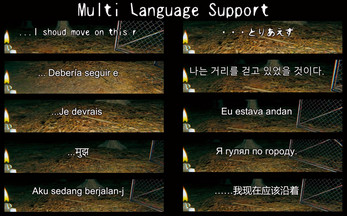